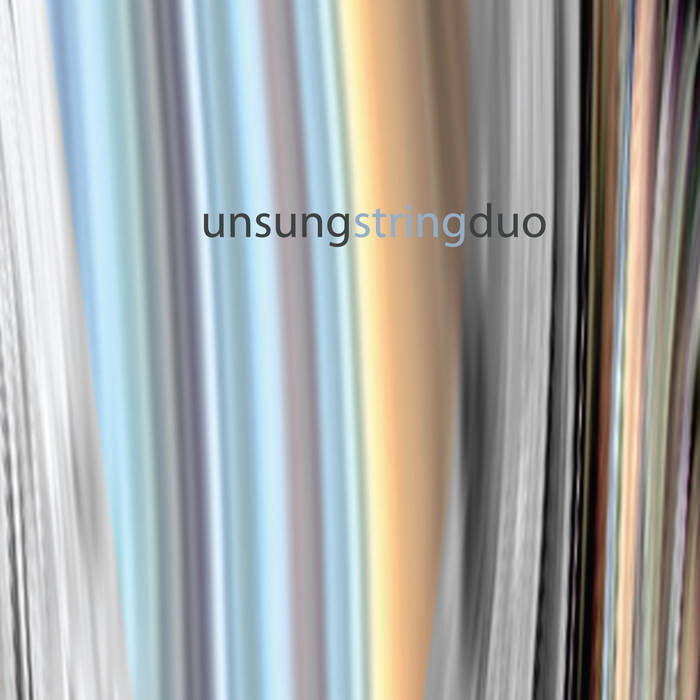 01. “Ludd’s Lament” was written in honor of Ned Ludd, the “founder” of the Luddite movement, a rag-tag group of troublemakers and rabble-rousers who went around the English countryside in the 19th century smashing machinery and anything else that represented industrialization or “progress.” Now the Luddite name is used to describe anyone who is believed to be in some way an enemy of technology-enhanced progress. In the piece, we tried to juxtapose the mechanical sounds of machinery with the pastoral harmonies of the “natural world.” We also included ample smashing sounds to illustrate their not-so-harmonious relationship with one another. Notice the middle section, which is an adaptation of the “Dies Irae,” a medieval plainchant which means literally “Day of Wrath.”

02. “Smells Like Teen Spirit” is a cover of the famous Nirvana song, which is, in our opinion, one of the greatest rock tunes of all time. The long intro is actually the chord progression to the song played VERY slowly interspersed with more recognizable figures from the original tune. Our more literal rendition in the second half conveys our conflicting feelings about the tune, its author, and the whole “phenomenon” they unwittingly spawned.

03. “Rose of Sharon” is the oldest tune in the bunch and was written after reading “The Grapes of Wrath” by John Steinbeck. The piece is named for the character Rose of Sharon from that book and is a simple, pretty tune that isn’t meant to be anything more than that.

05. “Lonely Cactus” is a piece we like to refer to as “Matthew’s self-portrait.” It is a “traditional” cowboy lament played in such a way that it reminds you more of chinese music than of typical western music. Imagine an Erhu (the Chinese “violin”) and a Pipa (the Chinese “banjo”) playing a western-style duet.

06. “Shiva’s Dinner” is written for the Indian god Shiva, the Destroyer, who in all his pictorial depictions has a blue throat. Legend has it that at some point poison was churned out of the ocean and Shiva ate it in order to save mankind from destruction. After consuming the poison, his wife, Parvati, clasped her hands around his throat so tightly that the poison remained there and his throat became permanently blue.

07. “The National Anthem” isn’t the real National Anthem, but it could be. This tune is actually a perverse conflation of the National Anthem, American blues figures, and the song “FAME (I’m gonna live forever)” from the movie of the same name. Since America leads the world in celebrity-worship, we figured this would be fitting. This recording was made live off the sound board at the Wooster Group’s Performing Garage in New York City in 1996 so it is gloriously cheesy. Byron plays electric guitar and “sings” the high part, Matthew plays electric violin and “sings” the low part.

The unsung string duo is Byron Estep and Matthew Pierce.